However, Monday doesn’t have to be something you dread. Perhaps, instead of screaming TGIF at the end of every week, you can spend your Monday morning exclaiming TGIM. (Okay, that might be a stretch, but you get the point.)

The infographic below from Monster provides you with the secrets of people who love their job. If you follow them, you just might love Monday too!

Enjoyed this article? Join our newsletter and follow us!

When it comes to food we all have our preferences; some have a sweet tooth, others crave savoury goodness round the clock. On top of this, we also have our favourite dishes, but how many of us also have food which we love, but avoid because it’s so hard to eat, or have never tried due to its tricky preparation rituals?

The rise of the food-selfie means that our once messy dinner times are now being documented from every angle and shared with the world. Food bloggers and Instagram stars think nothing of shaping their delicious avocado smash in to the shape of Totoro or showing off their artichoke party appetiser. But what about us mere mortals who can’t simply crack open a fresh coconut for their morning shake?

There are so many mouth-watering dishes that we’d love to eat more, but avoid because they’re hard to eat.

We couldn’t help but wonder why some of these delicious foods don’t come with an instruction manual. I mean, how nice would it be to eat your taco without dropping 98% of it on yourself? That’s when it struck us – we could create the instructions!

We compiled a series of basic yet helpful instructables to help you overcome those pesky avocados, tricky tacos and even the ultra-intimidating whole fish. So, crack open the fridge, grab your cutlery and face those foodie fears today!

At first glance, cutting an avocado might seem intimindating – after all, it’s so easy to accidentally mash or squish the flesh when you really wantted to cut it into smooth, clean slices. That said, once you know how to prepare avocado you’ll be creating delicious and perfectly presented dishes in minutes.

How to Cut an Avocado

How to Peel an Avocado

It’s easier to peel an avocado that has already been cut into chunks. 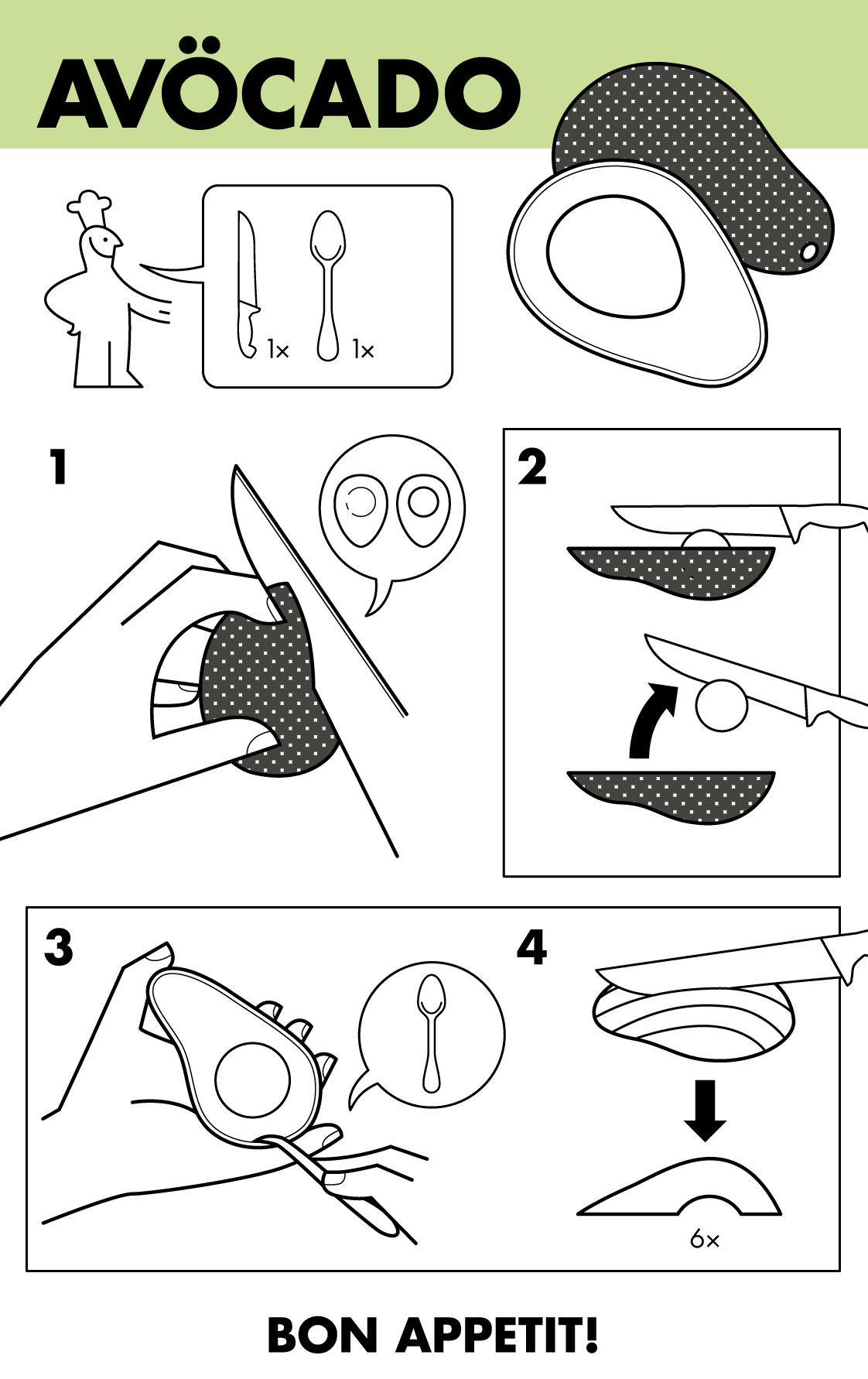 It may be delicious, but it’s also very expensive, so if you’re going to prepare a lobster it makes sense to ensure you’re preparing it right. Get it wrong, and you might let pieces of that tasty, tender meat go to waste.

How to Eat Lobster

How to Crack a Lobster Tail

The easiest way to crack a lobster tail is with a lobster cracker.

How to Eat Butterflied Lobster Tail

A lobster tail that has been butterflied before cooking is really easy to eat. 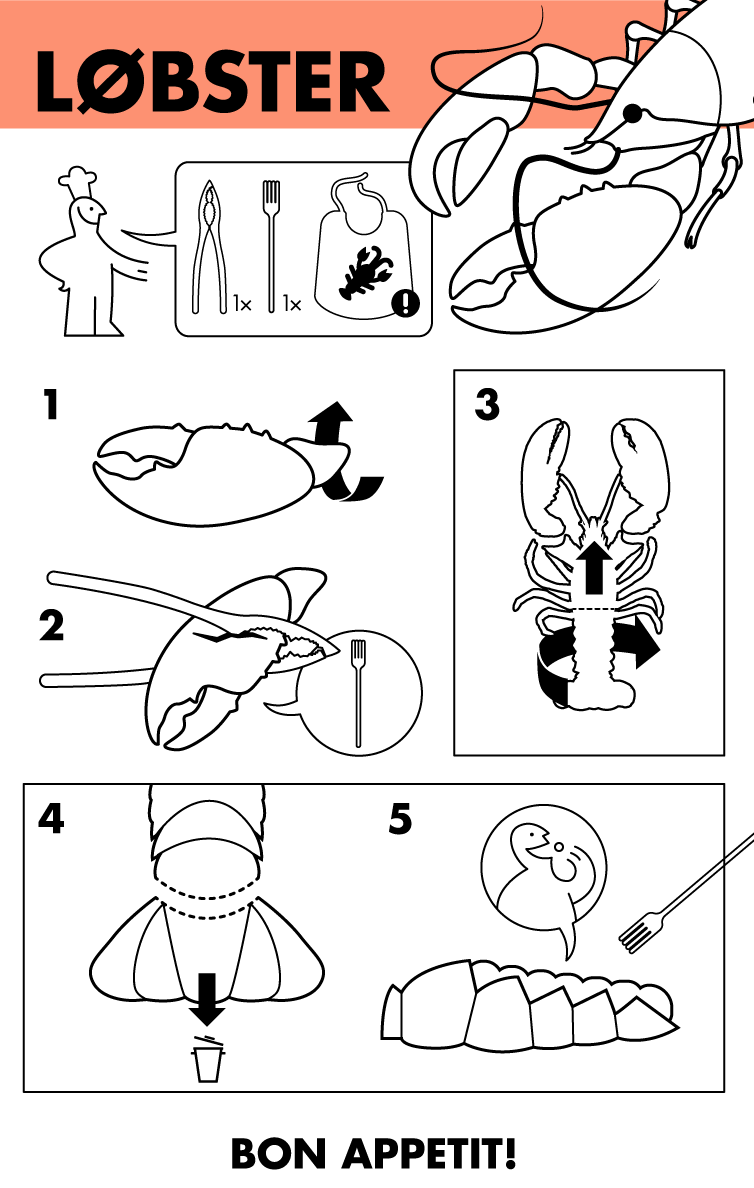 How to Eat Hard Tacos (Without Making a Mess)

Ah, the taco. Who hasn’t thrown most of the contents down the front of their shirt at one time or another? The instructions below will show you how to prepare tacos (and eat them) with minimal spillage-risk.

How to Prepare Tacos

How to Eat Tacos

A lot of people are put off eating or preparing whole fish because they’re not sure how to carve it, and safely separate the flesh from the bones of a fish served whole. That’s a shame because fish cooked whole tends to be far more flavourful than one purchased and cooked pre-filleted. Thankfully, once you know what to do, carving a whole fish is really easy to do.

How to Carve and Eat a Whole Fish

Coconuts are not only delicious, they’re also super healthy. They’re rich in fibre and minerals including iron, magnesium, phosphorus, potassium, sodium, zinc and calcium, and also contain folate and Vitamin C. Unfotunately the idea of preparing a coconut deters many of us from enjoying them. This is how to crack a coconut (without spilling the milk).

How to Eat a Coconut

Bonus tip: the flesh of a young cocunit will be very soft and can be scooped out with a spoon. If you’re eating a mature coconut, you’ll need a knife to remove the flesh – just slide the knife between the flesh and shell and it will come away. 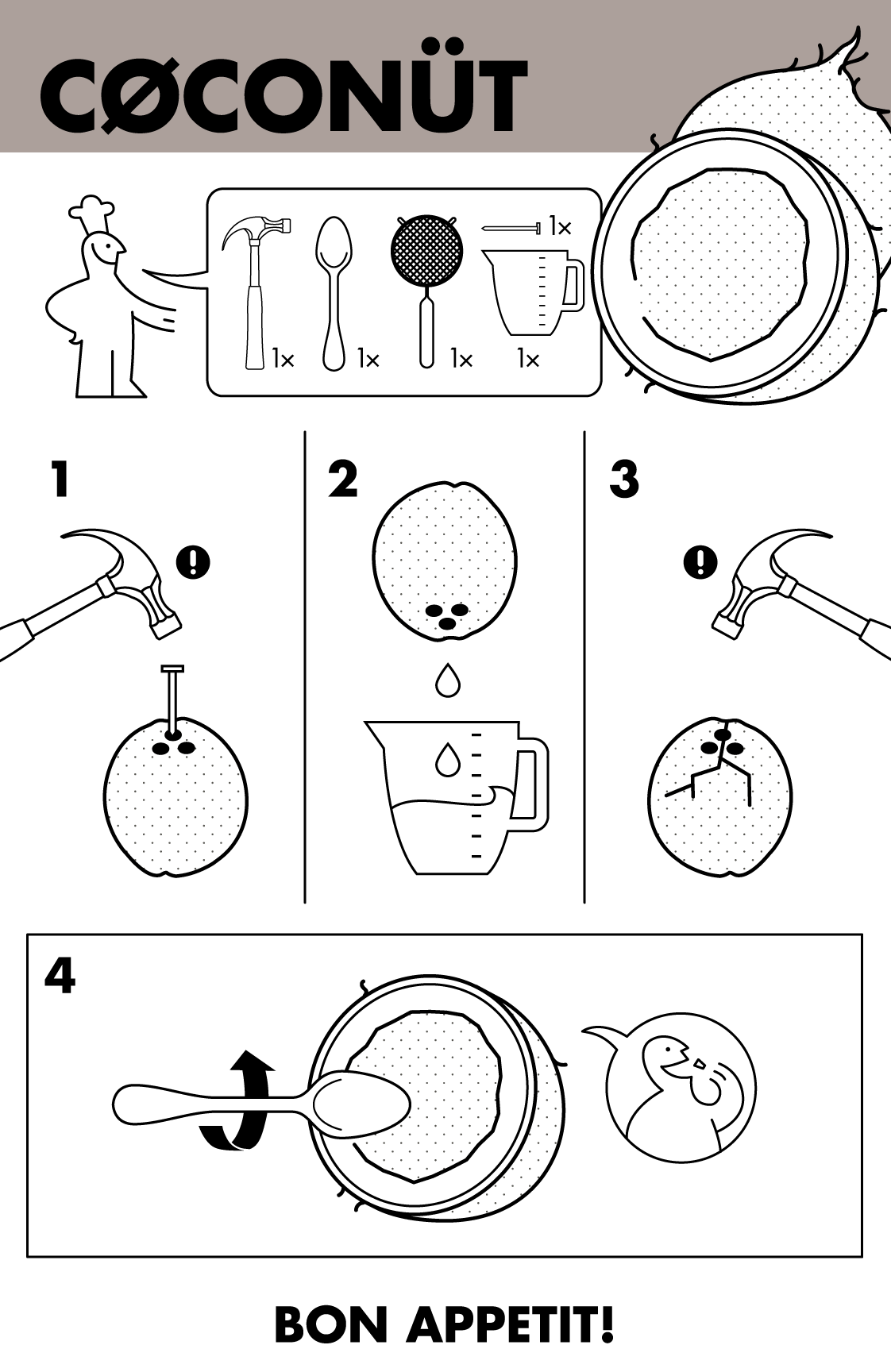 There are a few rules to remember when it comes to sushi etiquette.

How to Eat Sushi (The Right Way)

Bonus tip: if you’re dishing out sushi onto another person’s plate, flip your chopsticks around and serve with the thick end that hasn’t been near your mouth – it’s only polite! 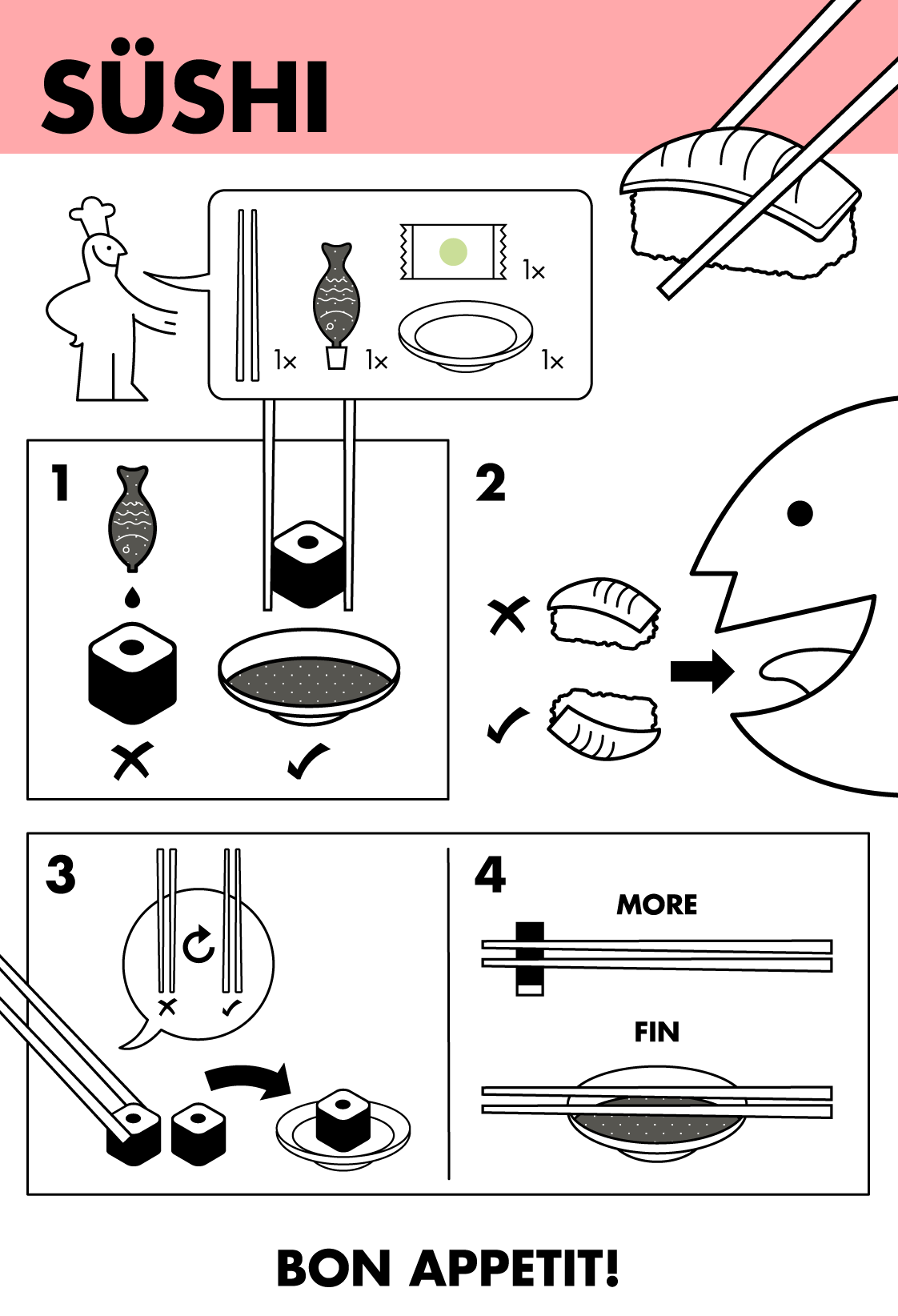 A lot of people are intimindated by the thought of preparing an artichoke. This is a shame because they’re really healthy (they’re a great source of fibre, Vitamin C and K, folate and manganese) and are delicious roasted and stuffed, or served in salads or sandwiches. The instructions below show how simple preparing and eating an artichoke can be.

How to Eat an Artichoke 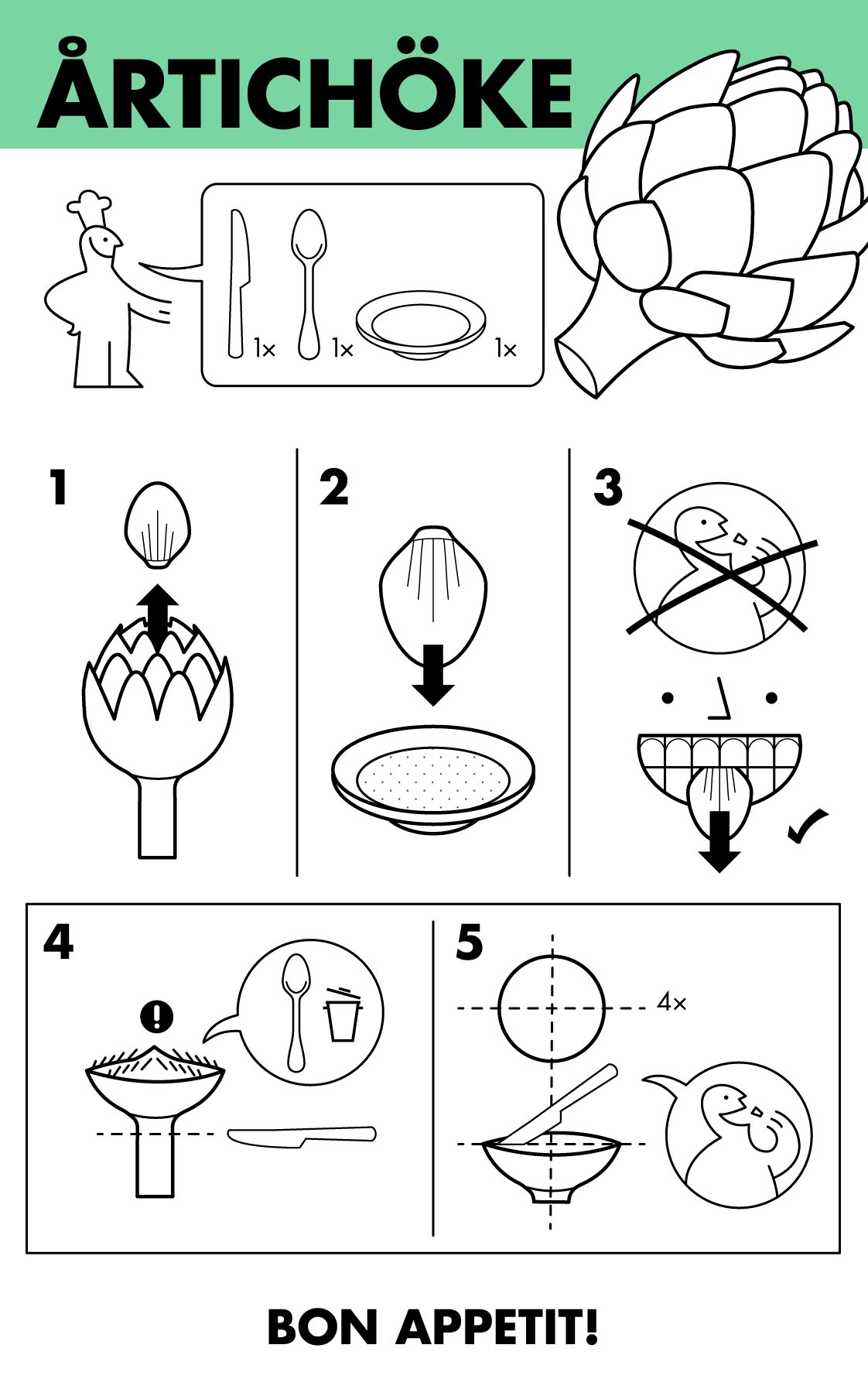 Watermelons are tasty, refreshing and nutritious, and are fantastic eaten as a snack or for breakfast, or even as part of a salad. Unfortunately many people can be intimdated by the thought of cutting a watermelon, but using this special technique can make it easier.

How to Eat a Watermelon 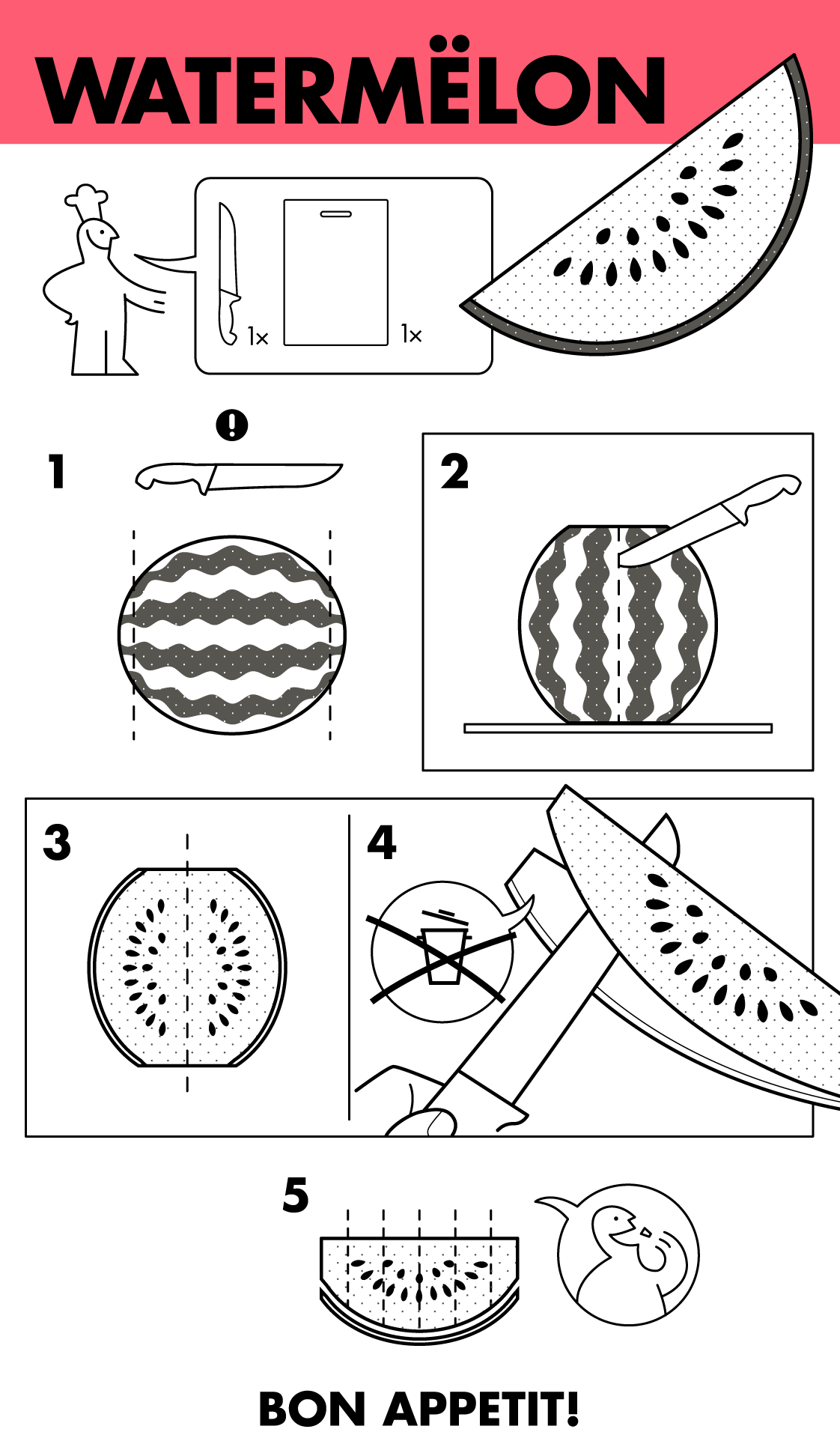 How to Eat a Cupcake

Yep: you’ve been eating cupcakes wrong all your life. Wave goodbye to frosting on your nose and level up your cupcake eating game – the best way to eat a cupcake isn’t what you think.

The Right Way to Eat a Cupcake

Remove the cupcake from its wrapper, rip the base off, and stick it on top of the frosting. You can now eat your cupcake mess-free, like a super-sweet sandwich! Perfect. 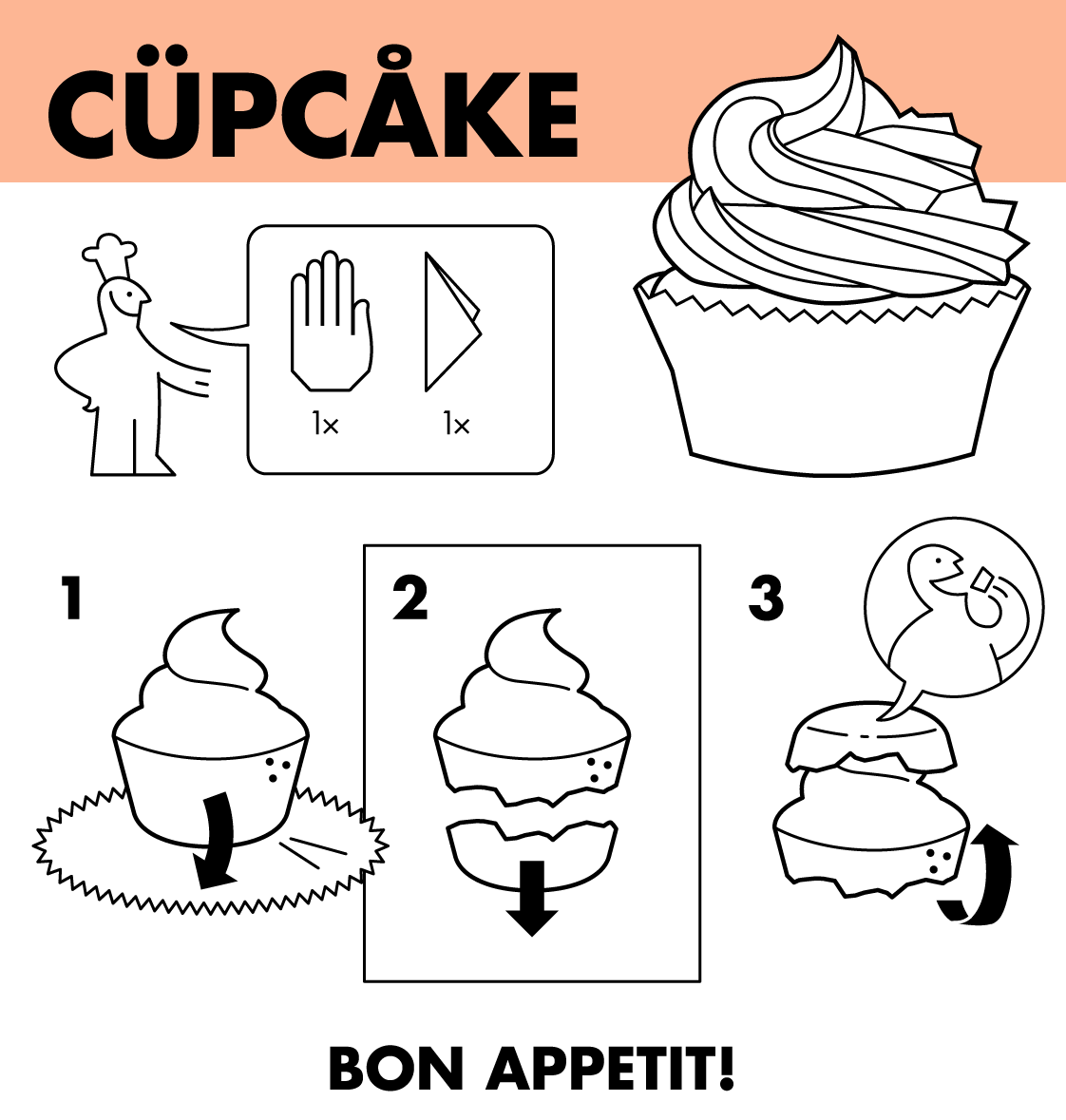 Whats is this small thing? Posture! As it turns out, having proper posture can make you happier and more productive every single day that you go to work!

Learn Pokemon Go Safety in 15 SecondsWhat Are The Biggest Trends In Design For 2016? Get Ahead Of The Curve