You’ve got a Raspberry Pi. You’ve probably entertained the idea of using it for retro gaming. But what if we told you that you don’t need to stop there—that you can play a massive selection of games, past and present, using a Raspberry Pi?

You probably don’t believe us, but it’s totally true. Save for a handful of modern console games, you can play almost any video game on a Raspberry Pi. Here’s everything you need to know about it.

Incredibly, you have six options for gaming on your Raspberry Pi. You’re not limited to Linux titles, or to games intended for x86 systems (like standard PCs). As long as you do it right, a massive library of games can be enjoyed on your Raspberry Pi:

Each of these six options will deliver some great gaming action to your Raspberry Pi. Let’s look at each in turn.

You probably already know about the possibilities of retro gaming with a Raspberry Pi. It’s one of the little computer’s most popular uses! While individual emulators can be installed on a per-platform basis, it’s a good idea to use one of the retro gaming suites, which include support for all emulators, including MAME for arcade machine emulation.

While these can be installed as full disk images, some are also available as apps to run on Raspbian (or your preferred Raspberry Pi operating system). All in all, there are several retro gaming systems for Raspberry Pi worth checking out.

Once installed, you’ll be able to copy your favorite retro gaming ROMs to your Raspberry Pi. In the video above, I demonstrate how to run Dreamcast games on Raspberry Pi 3. Note that as Raspberry Pi computers become more sophisticated, the more platforms are added as emulators.

Be sure to only use ROMs that you own the physical copy of, in order to avoid charges of copyright theft.

Several games that have been designed to run on the Raspberry Pi are also available. You probably already know about Minecraft PE, which comes preinstalled with Raspbian (or even set up a Raspberry Pi as a Minecraft server).

An impressive collection of classic games has been re-released as open source over the past few years, enabling them to be ported to other platforms. Often, this means Linux, but typically only with x86 support. Fortunately, it can also mean ARM, which means Raspberry Pi compatibility.

Titles such as Doom, Quake III, and even Star Wars Jedi Knight II: Jedi Outcast have all been ported to the Raspberry Pi. All you need to do is download, install, and start playing! Our guide to running Doom on Raspberry Pi will give you a good idea of how simple this is. 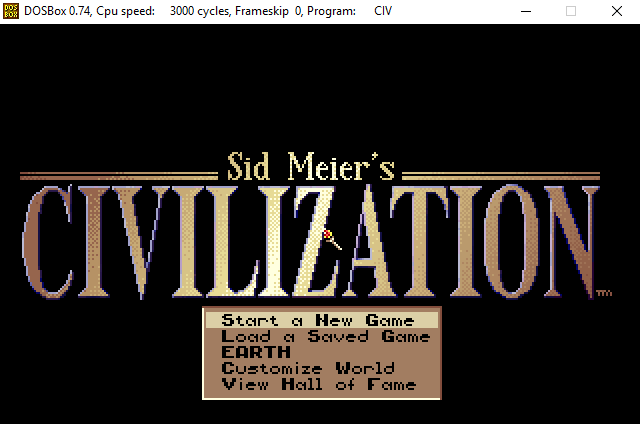 Another option for playing classic games on your Raspberry Pi is with DOSBox. This is an emulator for Microsoft’s MS-DOS operating system, which precedes Windows (but was packaged with Windows 95 and 98). Almost all classic PC games can be installed in DOSBox, and the software can run on Raspberry Pi.

So, you can expect to revisit (or discover!) classics like F117A Stealth Fighter, the original Sim City and Civilization games, and many more. It’s estimated that over 2,000 titles were released for MS-DOS, so you’ll have plenty to keep you entertained!

Note: You’ll find most of these old PC games require keyboard and mouse, not a modern game controller.

5. Play PC Games on Pi With Exagear and Wine

Incredibly, you can even run some Windows games on a Raspberry Pi thanks to Wine. While the popular Windows application layer software for Linux is not designed to be run on ARM systems, Exagear’s software makes it possible.

The result is an ever-growing collection of Windows PC games that will run on your Raspberry Pi, with a bit of tweaking. Admittedly, these are not recent titles, but given that many older Windows games won’t work in modern versions of the operating system, running them on a Raspberry Pi instead seems like a good alternative.

Need some help? Check our guide to installing Windows software on a Raspberry Pi with Exagear. 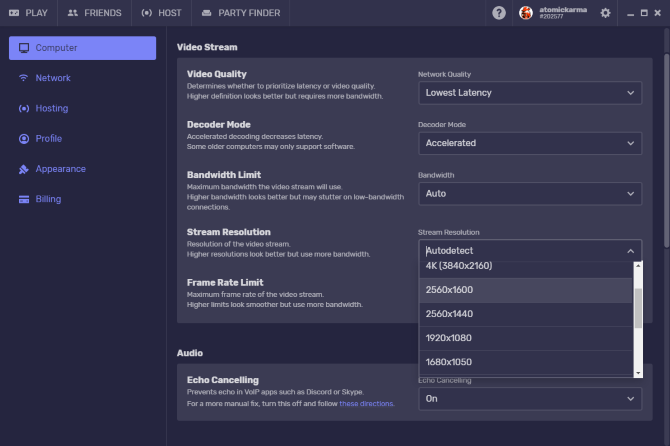 Finally, and perhaps most surprisingly, you can stream games from Windows, macOS, and Linux PCs to your Raspberry Pi. While this will require a powerful PC in the background to run the game, this changes everything.

You’ll need a reliable network and a Raspberry Pi 3 or later, but with Parsec set up on the PC and on Raspbian, it’s simple to stream whatever is running on your computer to your Raspberry Pi. We’re not talking retro gaming anymore, either.

The latest titles, as long as they run on your PC, can be streamed to your Pi. This makes the Raspberry Pi an alternative to the Steam Link. Our guide to using Parsec with Raspberry Pi shows you how to make this happen.

Amazing, isn’t it? The Raspberry Pi is an incredibly versatile machine, capable not only of letting you play your favorite retro games, but also current games thanks to streaming technology.

Better still, you can retain your existing retro game emulators at the same time as running Exagear or Parsec. In short, each of the six options listed here can be set up on a single Raspberry Pi 3 or later. Given the price of the Raspberry Pi, this surely makes it the most amazing gaming computer currently available!

All of this makes it the ideal gaming device, perfect for installing in a gaming cabinet!