If you predominantly use a laptop, you may have had people tutting and shaking their heads over the fact you keep it plugged in for long periods of time. They may quote an old piece of computer wisdom that states you should not keep a laptop plugged in to the mains constantly for long periods of time, else you run the risk of ruining the battery. The usual rule of thumb is to remove the battery and run it purely off of the mains. Now that we’re in a world of laptops with built-in batteries, however, does this advice still hold up?

Does It Overcharge the Battery? 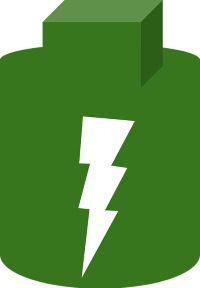 You may hear advice that says once the battery hits 100%, keeping it plugged in may end up overfilling the battery and doing damage. If you’ve heard this advice, don’t worry; this doesn’t actually happen!

Perhaps in earlier models this would have been the case, but these days laptops are a little smarter. In general, when a laptop detects a 100% charge in the battery, it will stop charging it and instead redirect the power to your laptop. This means your battery will never be overstuffed.

Will the Battery Still Degrade?

Unfortunately, batteries have a habit of degrading whether or not you keep them at full charge. In fact, batteries will degrade even when they’re not being used in storage! As such, if you think you can keep your battery going forever by keeping it plugged into the mains, you may be disappointed to see its performance still drop regardless.

How Much Will the Battery Degrade?

To answer this, let’s take a look at the trustworthy Battery University’s data. There’s a lot in this report, such as the ideal way to charge and discharge a battery for the optimum lifespan. In this case, however, we’re not doing charge cycles; we’re keeping the battery at 100%. As such, let’s take a look at graph 3 which looks at how batteries degrade while being stored at specific percentages over a year. This is the closest to our use case that we can get with the data provided.

As you can see, if we keep the battery at 100% for over a year at 25°C, 20% of the battery’s total capacity is lost (80% recoverable). However, this isn’t the only information we can derive from this table. You may be tempted to compare a 100% charge to 40%, but there’s something even more important to learn from this: how vast of an effect temperature has on the battery!

Heat Is the Main Enemy 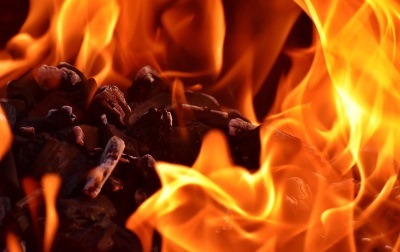 From the above table we can see that the major factor that caused stored batteries to lose their charge levels was due to the heat they were exposed to. A battery stored at 100% charge for a year at 0°C will lose 6% of its capacity, while one kept at 60°C loses 40%. This is a huge difference and a sign that a major player in keeping a battery healthy at 100% is keeping it cool. Battery University goes on to say:

Exposing the battery to high temperature and dwelling in a full state-of-charge for an extended time can be more stressful than cycling.

In simpler terms, this says that if you keep your battery at 100% and expose it to high temperatures, it can put more of a strain on the battery than if you charged and discharged it constantly. Therefore, we can see that the main villain of keeping your battery always plugged in isn’t that it’s always exposed to energy – it’s that it becomes sensitive to high temperatures in a consistently full state.

This then makes the answer to this age-old question very simple. If you have a low-end laptop that doesn’t generate much heat and you’re in a somewhat cool climate, you should be able to keep the battery at 100% and see only a gradual amount of decay.

If you’re using a high-end laptop to render a graphically-intense game, however, the heat from the laptop may damage the battery while it’s at its fully-charged state. In this instance it’s probably best to remove the battery (preferably at 40% charge!) to stop it from being damaged. Try checking your laptop’s system temperatures using software such as Speccy for an idea on how hot the laptop is getting.

A Case for Recalibrating

Before you go ahead and keep the battery at 100%, however, it’s worth keeping in mind that you may want to run a recalibration on your battery every so often. By doing so, you can ensure your laptop will have an accurate read on your battery level when you do (eventually!) take it off of the mains. You can read all about recalibration in our handy guide.

Leaving your laptop always plugged in has mixed reactions from users and manufacturers alike, and it can be confusing to get a clear answer. While there are different factors involved, heat is one of the major killers of fully-charged batteries. Keep your battery cool, and if you can’t, remove it to prevent further damage.

Will you be keeping your battery in or taking it out? Does your laptop give you a choice in the matter? Let us know below!